The works of j.e. klimov

independent author and a part of the just-us-league

Seeds of Lore: A Mythical Anthology

Secrets in Our Cities: A Paranormal Urban Fantasy Anthology

Of Legend and Lore: A Collection of Fairy Tale Retellings
​A JL Anthology. Volume IV
J.L. Klimov's short story "The Charcoal Cat" is featured in this anthology. 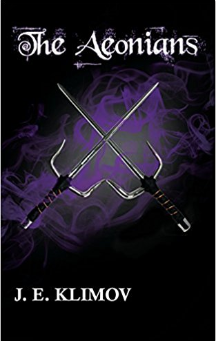 Isabel Deran only wants to practice archery with the castle guards, and that is the last thing expected from an elegant Princess. Living in the shadow of her late sister, Victoria, she is next in line to receive the royal armlet that is embedded with four stones: an opal, a sapphire, an amber, and a ruby. It is a revered family heirloom with the power of the elements passed down from mother to daughter.
However, an evil, once thought to be sealed away in a prison in which time does not pass, breaks free with an army that swarms the castle and wreck havoc over the kingdom in search for the magical armlet. They are known as the Aeonians. When they kidnap Isabel and place their hands on it, the precious stones vanish.
Isabel is now trapped in a race against time to locate her stones of power with the head of the Aeonian army, Bence Brechenhad, stalking her like a shadow. With the help of her trusty weapon, the sai, she fights her way through seemingly impossible trials and fearsome monsters in order to restore peace in her kingdom.

​Click the blue buttons below to head straight to Amazon!!! 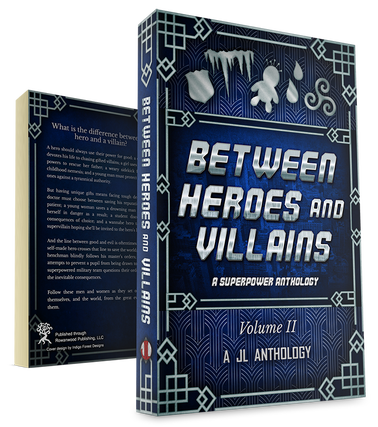 "What is the difference between a hero and a villain?
A hero should always use their power for good: a detective devotes his life to chasing gifted villains; a girl uses her frost powers to rescue her father; a weary sidekick faces her childhood nemesis; and a young man must protect his loved ones against a tyrannical authority.
But having unique gifts means facing tough decisions: a doctor must choose between saving his reputation or his patient; a young woman saves a drowning man and finds herself in danger as a result; a student discovers the consequences of choice; and a wannabe hero takes on a supervillain hoping she’ll be invited to the hero’s league.
And the line between good and evil is oftentimes blurred: a self-made hero crosses that line to save the world; a lovesick henchman blindly follows his master’s orders; a mentor attempts to prevent a pupil from being drawn to villainy; a superpowered military team questions their orders despite the inevitable consequences.
Follow these men and women as they set out to save themselves, and the world, from the great evils around them." 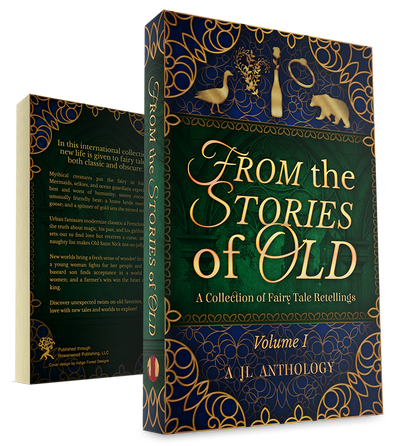 "In this international collection, new life is given to fairy tales, both classic and obscure.
Mythical creatures put the fairy in Fairy Tale. Mermaids, selkies, and ocean guardians experience the best and worst of humanity; sisters encounter an unusually friendly bear; a brave bride meets a silly goose; and a spinner of gold sets the record straight.
Urban fantasies modernize classics: a Frenchman learns the truth about magic, his past, and his girlfriend; a girl sets out to find love but receives a curse; and today’s naughty list makes Old Saint Nick not-so-jolly.
New worlds bring a fresh sense of wonder! In the future, a young woman fights for her people and herself; a bastard son finds acceptance in a world ruled by women; and a farmer’s wits win the heart of a frosty king.
Discover unexpected twists on old favorites, and fall in love with new tales and worlds to explore!"